The Senate’s delay of the $4.9 trillion Build Back Better Act to 2022 renders the passage of the bill through the House insignificant.

Biden announced Thursday evening that the Build Back Better Act will likely be stalled into 2022 after he failed to strike an accord with Sen. Joe Manchin (D-WV), the critical Senate Democrat swing vote.

Biden’s statement does not set a timetable, meaning the bill could take significant change and time:

My team and I are having ongoing discussions with Senator Manchin; that work will continue next week. It takes time to finalize these agreements, prepare the legislative changes, and finish all the parliamentary and procedural steps needed to enable a Senate vote. We will advance this work together over the days and weeks ahead; Leader Schumer and I are determined to see the bill successfully on the floor as early as possible.

Democrats have a one-member majority in the Senate, meaning every Democrat, including Manchin, would have to vote for the bill, and have Vice President Kamala Harris break the tie in the chamber to pass the legislation, making the passage of the Build Back Better Act a monumental task. 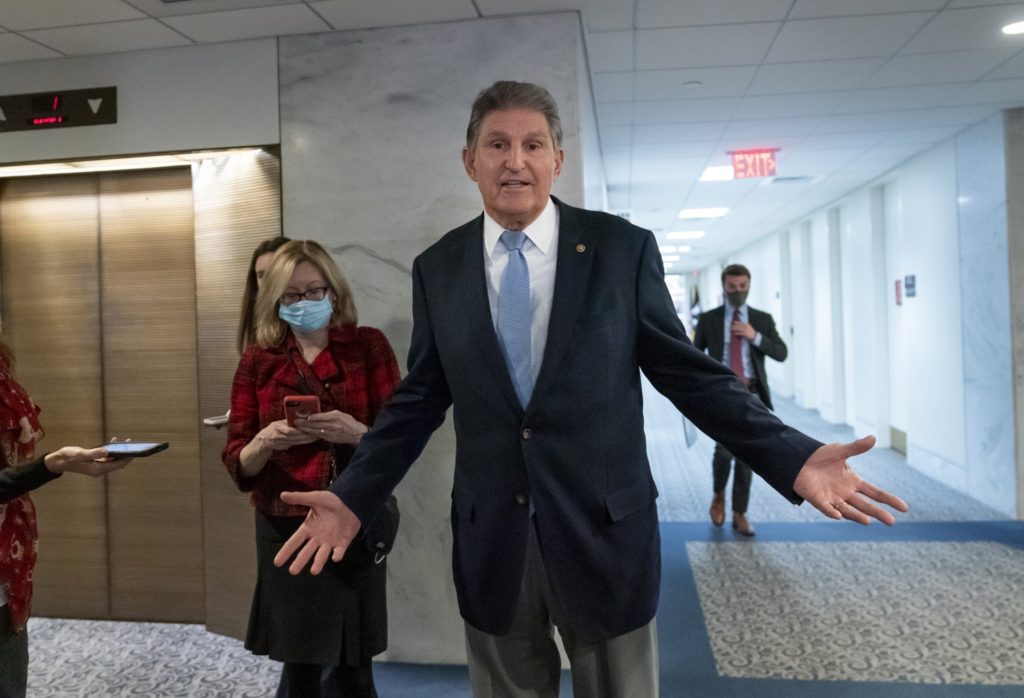 In this Dec. 13, 2021, photo, Sen. Joe Manchin, D-W.Va., leaves his office after speaking with President Joe Biden about his long-stalled domestic agenda, at the Capitol in Washington. (AP Photo/J. Scott Applewhite)

Biden faced another setback Thursday as Senate Parliamentarian Elizabeth MacDonough ruled against granting amnesty to millions of illegal aliens, as the provision violates the rules on budgetary reconciliation. Democrats plan to use reconciliation to pass the legislation using a simple majority in the Senate, and reconciliation cannot allow for significant policy changes in the bill, only spending and budgetary changes.

Now that Manchin serves as the critical swing vote to pass the Build Back Better Act, Biden and Democrats will likely have to water down the bill to gain his support, which would likely make House leftists such as Reps. Alexandria Ocasio-Cortez (D-NY) and Ilhan Omar (D-MN) irate. It also raises questions of whether House leftists would back the Senate version of the Build Back Better Act when it comes back to the House. 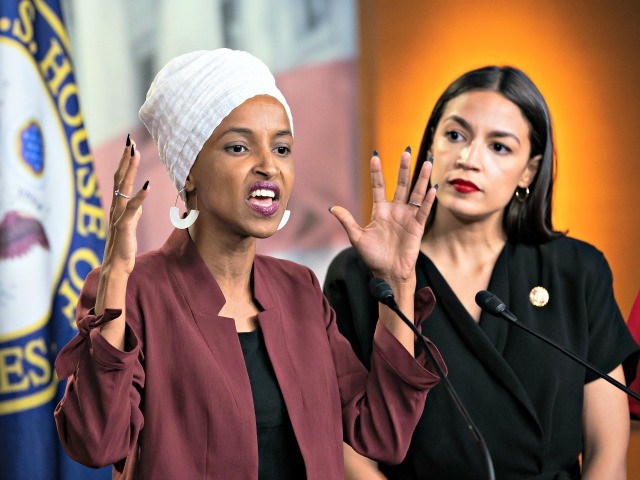 As the debate over the Build Back Better Act rages into the new year, it will become harder for Democrats to pass the legislation, in a manner similar to the 2009 fight to pass the Affordable Care Act (ACA), or Obamacare. It also would distract battleground Democrats, who remain poised to lose their House seat, and many vulnerable Senate Democrats remain up for reelection during the 2022 midterm elections.

The Democrats also face another hurdle as the enhanced child tax credit (CTC) created under the $1.9 trillion American Rescue Plan planned in March sets to expire on December 31. This is one major reason why Senate Majority Leader Chuck Schumer (D-NY) wanted to pass the Build Back Better Act in the Senate before Christmas. 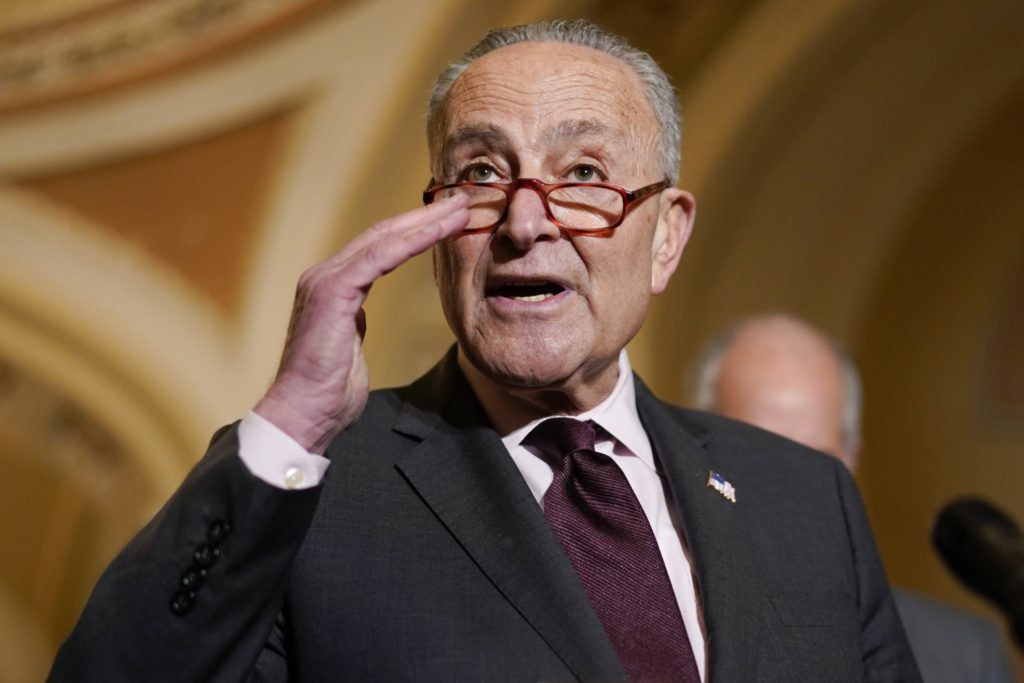 The child tax credit might have to be reworked, as Manchin wants to rework the expanded CTC, much to the dismay of the rest of the Democrat Party.

Senate Democrats might also have to adjust a provision in the bill that would raise the limit on the state and local tax (SALT) deduction.

Manchin has voiced significant concerns about the bill’s high price tag. He said that the Congressional Budget Office’s (CBO report stating that the would cost $4.9 trillion and add $3 trillion to the deficit if many of the sunsetted programs were permanently extended was “sobering.”

The Senate delay infuriated House Congressional Progressive Caucus (CPC) Pramila Jayapal (D-WA), who spoke to Biden on Thursday and told the 46th president she wants the Senate to continue working through the holidays to pass the Build Back Better Act.

“The House did our work, and now it’s time for the Senate to do theirs. They must stay in session until Build Back Better is passed,” Jayapal said.

For Senate Democrats, the current delay reflects the difficulties of passing a multi-trillion dollar piece of legislation in a split Senate.

Sen. Mazie Hirono (D-HI) said, “A 50-50 Senate is really problematic. I’ve used the word ‘sucks.’ It definitely enables one or two people to hold things up. So, yes, I am frustrated.”

“We missed an opportunity. But I’m not giving up. Apparently Manchin’s approach to this has changed a lot. I don’t know where he is today or where he’ll be tomorrow,” Senate Majority Leader Dick Durbin (D-IL) remarked.

“We recognize we have a 50-50 Senate, and we’re not getting cooperation from the Republicans on any of those issues, and we recognize it’s a challenge. It’s been a challenge all year,” Sen. Ben Cardin (D-MD) explained.

“All I want for my birthday and Christmas is preservation of American democracy,” Sen. Mark Warner (D-VA) exclaimed.