The data, analyzed by Steven Camarota and Karen Zeigler at the Center for Immigration Studies, shows that the foreign-born population has now hit a record 46.2 million as of November 2021 — the largest share of immigrants, at 14.2 percent, in American history.

In the last year, alone, swing states saw their foreign-born populations grow by hundreds of thousands. In Florida, for example, about 615,000 immigrants were added to the state’s population since November 2020.

Likewise, Arizona’s foreign-born population grew by 173,000 immigrants, Wisconsin’s by 156,000 immigrants, and Virginia’s by 135,000 immigrants. The totals are an important factor in electoral politics as the margins of victories in many swing states are sometimes less than 10,000 votes.

“Hispanic immigrants accounted for 924,000 or 61 percent of the growth since last November,” Camarota and Zeigler note. “This is an indication that illegal immigration accounts for a large share of the recent increase in immigrants. The federal government and outside researchers have estimated that nearly three-quarters of illegal immigrants in Census Bureau data are Hispanic.” 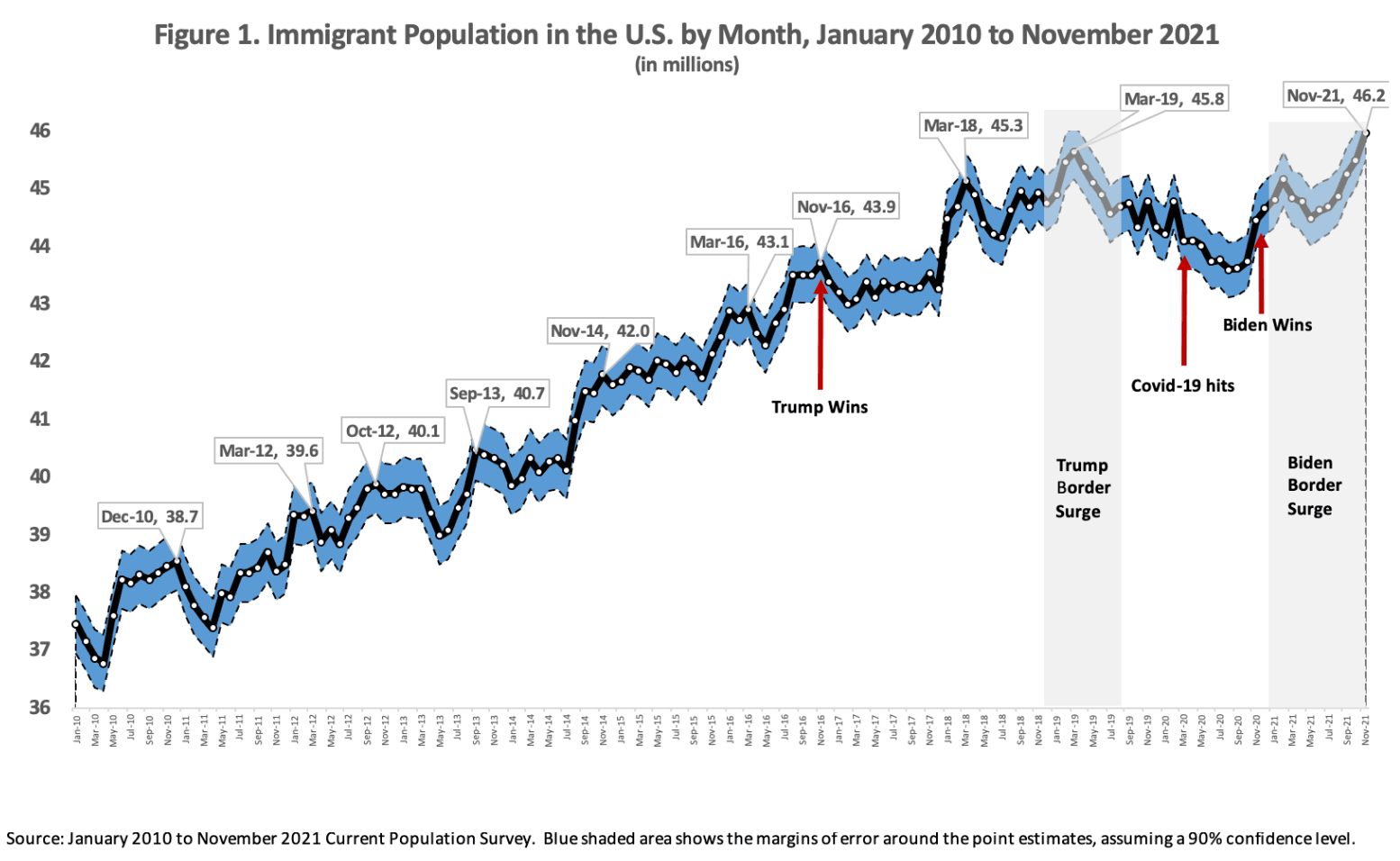 Chart via Center for Immigration Studies 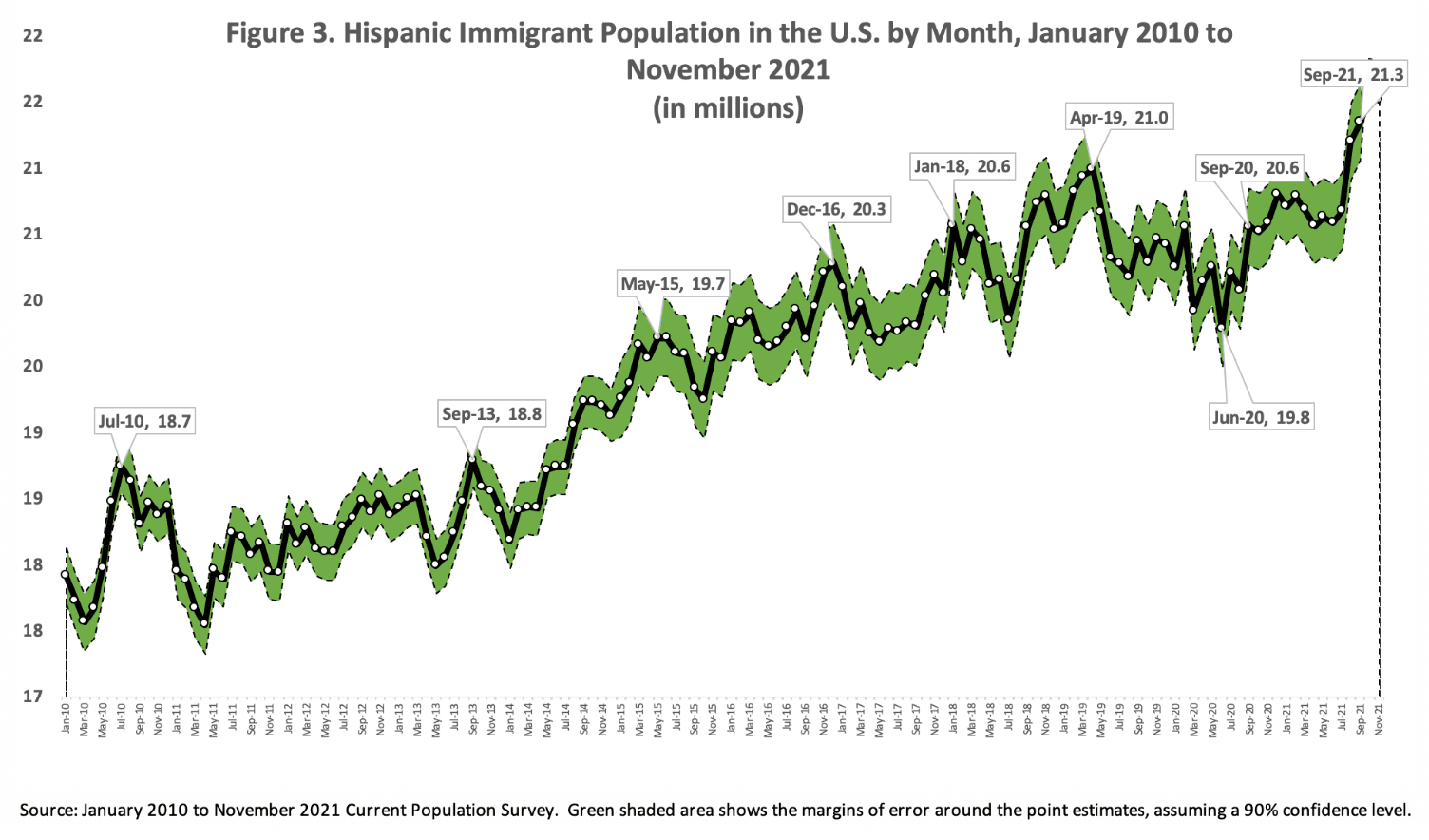 Chart via Center for Immigration Studies

The data comes as Biden has boosted the foreign-born voting population.

The last time naturalization rates were this high was in Fiscal Year 2008 when more than a million legal immigrants became naturalized American citizens.

The Pew Research Center has noted, as well as a number of establishment media outlets, that these trends are aiding Democrats in their electoral prospects.

A significant increase in naturalization rates ahead of the 2022 midterms and the 2024 presidential election could deliver big gains for Democrats as margins in a number of swing states have been small over the last two presidential elections. In Pennsylvania, for example, Biden won the state by less than 81,000 votes.

The Washington Post, New York Times, the Atlantic, Axios, the Los Angeles Times, and the Wall Street Journal have all admitted that rapid demographic changes because of immigration are tilting the nation toward a permanent Democrat dominance.

“The single biggest threat to Republicans’ long-term viability is demographics,” Axios acknowledged last year. “The numbers simply do not lie … there’s not a single demographic megatrend that favors Republicans.”

Already, the U.S. has the most generous immigration system in the world — expected to bring in 15 million new foreign-born voters by 2041. About eight million of those voters will have arrived entirely due to the process known as “chain migration” whereby newly naturalized citizens can bring an unlimited number of foreign relatives to the U.S.