The Taliban hears the U.N.’s call for “global climate action” now being aired at the COP26 conference in Glasgow, Scotland, with the terrorist organization offering to tackle Afghanistan’s “fragile environment” alongside foreign agencies and, just as importantly, their funding.

Taliban spokesman Suhail Shaheen (pictured) lamented “tremendous work” was needed to help Afghanistan become greener and finance for environmental projects which had been approved for U.N. funding under the former Afghan government must “fully resume work.”

He stressed the extremist group – which once targeted visiting contractors – was “committed” to ensuring the safety of all foreign workers and there was nothing for the international community to worry about.

Shaheen made his pleas on social media:

1/2
Afghanistan has a fragile climate. There is need for tremendous work. Some climate change projects which have already been approved and were funded by Green Climate Fund,
UNDP, Afghan Aid, should fully resume work. This, on the one hand, will help change the climate

2/2
for the better and on the other hand, will provide job opportunities for people. The Islamic Emirate of Afghanistan is committed to providing security and safe environment for work of NGOs and charity organizations.

The work of international agencies has previously been disrupted in the war-torn country by Taliban kidnappings, torture, mass murder and random bomb attacks meaning welfare donors remain reluctant to work with the Islamist insurgents.

Shaheen stressed, however, the Taliban has put that behind it and would be be able to ensure the security of teams working on projects as well as the safe and proper transfer of millions in funding from the U.N. and its many agencies.

This is not the first time the Taliban has looked out across Afghanistan and decided something must be done to improve the local environment.

In the days immediately after the U.S. retreat,  Abdul Qahar Balkhi, a member of the Taliban’s Cultural Commission, told Newsweek the Islamic Emirate of Afghanistan wants to work with the global community on a range of projects. 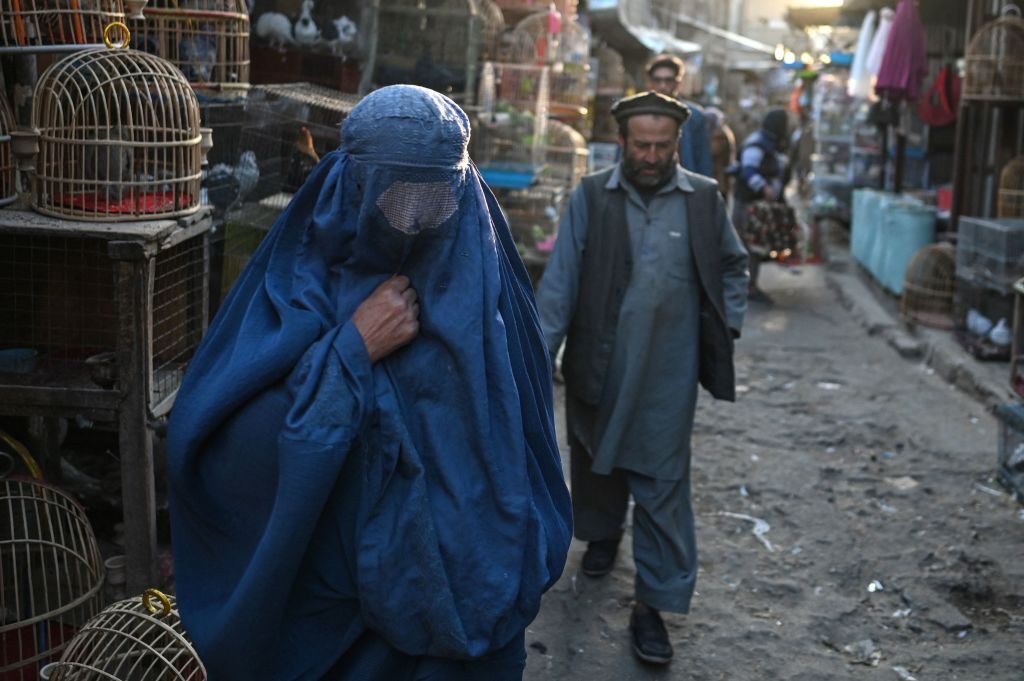 An Afghan burqa-clad woman walks in a market where birds are sold in Kabul city, on October 31, 2021. (HECTOR RETAMAL/AFP via Getty)

“We hope not only to be recognised by regional countries,” Balkhi said, “but the entire world at large as the legitimate representative government of the people of Afghanistan.”

He then predicted the Taliban could bring peoples together to tackle “the challenges not only facing us but the entire humanity and these challenges ranging from world security and climate change need the collective efforts of all.”