The government of the sovereign state of Taiwan issued remarks this week asserting it “respects” the decision by President Joe Biden not to send politicians to the 2022 Beijing Winter Olympics and would consider a similar move, but suggested a boycott of the event is not on the table.

Biden, through White House Press Secretary Jen Psaki, announced this week that the United States would participate in the 2022 Winter Games – a major disappointment to human rights activists and the victims of China’s brutal communism regime. Human rights groups around the world have urged the International Olympic Committee (IOC) for years to reconsider honoring the Chinese Communist Party with hosting duties in light of the long list of human rights atrocities Xi Jinping and his cronies are guilty of, most prominently the crime of genocide.

Given the IOC’s enthusiastic support of the communist regime despite China’s crimes, activists then turned to governments and encouraged them to boycott the event.

Australia and the United Kingdom have joined the United States non-boycott, prompting the Chinese Foreign Ministry to declare, “no one cares.”

Beijing responded to Biden’s move by highlighting its lack of effect on the Olympics and emphasizing that Chinese officials never invited American politicians to the Olympics, so their absence cannot be considered a “boycott” but simply an expression of the desires of the host. 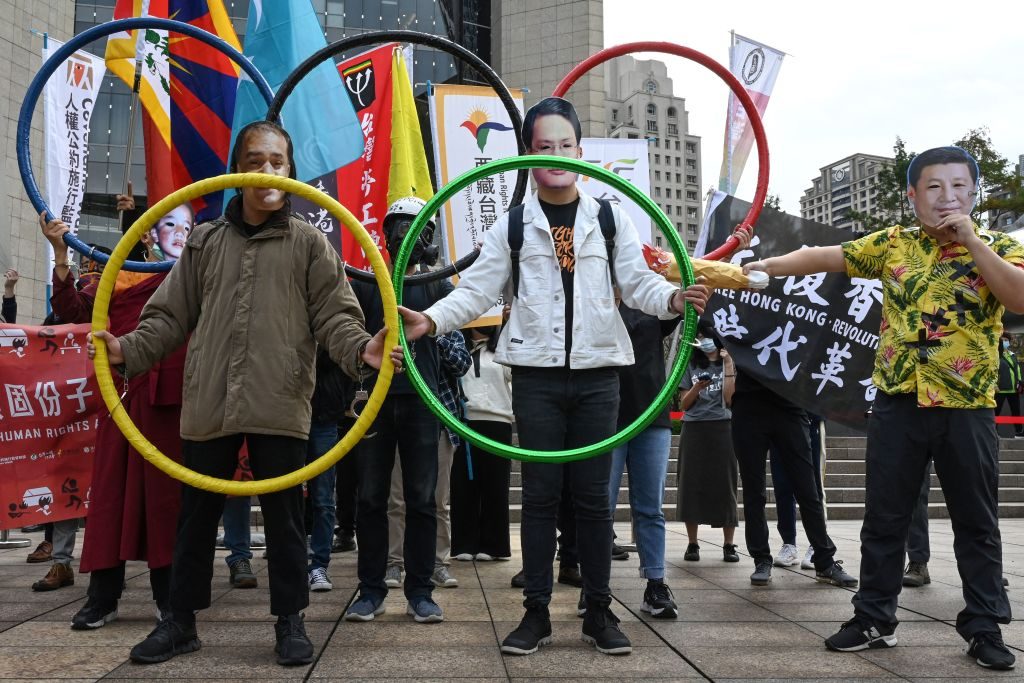 A man (R) wearing a face mask with the image of China’s President Xi Jinping joins other human rights activists holding Olympic Rings as they protest in Taipei against the 2022 Beijing Olympic Games to mark Human Rights Day on December 10, 2021. (SAM YEH/AFP via Getty Images)

Asked about the Biden move, the Taiwanese Ministry of Foreign Affairs (MOFA) told reporters that the country was preparing an “appropriate response” to the move. The nation’s Presidential Office then clarified that the government would make a statement, but was “making sure that Taiwanese athletes’ participation in the Beijing Winter Olympics will not be affected,” according to Channel News Asia.

The statement appeared to confirm that Taiwan was not considering a boycott of the Olympic Games. It is also unclear how Taiwan would participate in a “diplomatic boycott.” The communist government of China does not recognize the reality of Taiwan’s sovereignty, insisting the island is a rogue “province” of China despite its entirely independent government, military, and legal institutions.

Beijing considers the president of Taiwan, Tsai Ing-wen, and her administration a separatist terrorist organization with no legal authority on the island.

Taiwanese officials traveling to Beijing may face arrests or disappearances at the hand of the Communist Party and, if Beijing did not invite American officials, it is highly unlikely it would honor Tsai’s administration with an invite it could “boycott.”

Like many around the world, human rights groups in Taiwan urged the government to boycott the Games. On Wednesday, several were joined by Taiwanese lawmakers who also pressured their government to participate in a boycott.

“Democratic Progressive Party (DPP) Legislator Fan Yun (范雲) compared the Chinese Communist Party’s repression to Adolf Hitler’s Nazi regime, warning that if Taiwan remained silent about the Olympics at this moment, nobody would help the country in the future,” Focus Taiwan reported. The DPP is Tsai’s party.

Similarly, another participant, Taiwan Association for China Human Rights (TACHR) Director Yang Sen-hong warned that Taiwan could become an “international orphan” if it participated in the Games because it would “be seen as capitulating in the face of violence and authoritarianism,” according to Focus Taiwan. 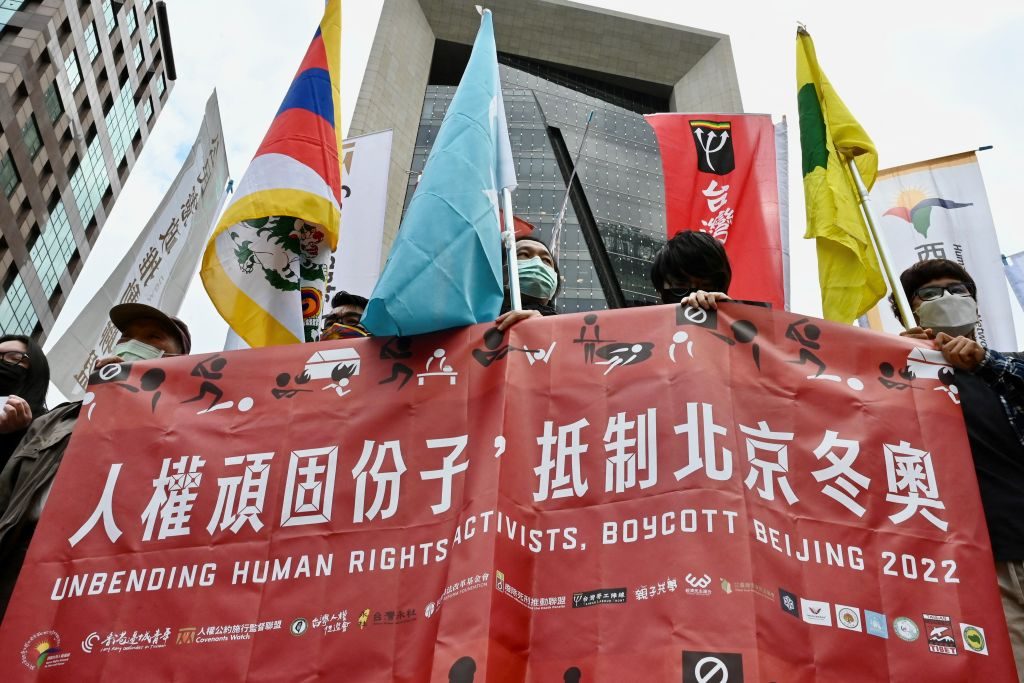 Thanks to years of Chinese bullying, most of the world’s countries do not recognize Taiwan as a country, as doing so prompts Beijing to sever all diplomatic ties with that country. Similarly, the IOC does not let Taiwan compete as a country. Instead, Taiwan must participate under the name “Chinese Taipei” and cannot fly its national flag at the Games. Taiwan staged a national referendum in 2018 asking citizens if they wanted the government to demand the IOC recognize it as “Taiwan,” but voters opted against the move.

Prior to Beijing’s growing influence, Taiwan participated in the Olympics under its formal name, the Republic of China, prompting communist China to boycott through 1979. Taiwan had its best Olympics performance ever during the 2020 Tokyo Summer Olympics, which took place in 2021 as a result of the Chinese coronavirus pandemic.

Taiwan has faced growing threats of violence from China since Xi Jinping seized power in 2013. Xi issued a violent warning in 2019 that Taiwan’s government and pro-democracy protesters in Hong Kong would “perish, with their bodies smashed and bones ground to powder,” and has continued to issue similar threats since. Chinese state media repeatedly issues warnings of a “reunification by force” – “reunification” is a misnomer, since Beijing has never governed Taiwan – and the People’s Liberation Army (PLA) has increased its violations of Taiwanese airspace significantly in the past two years.