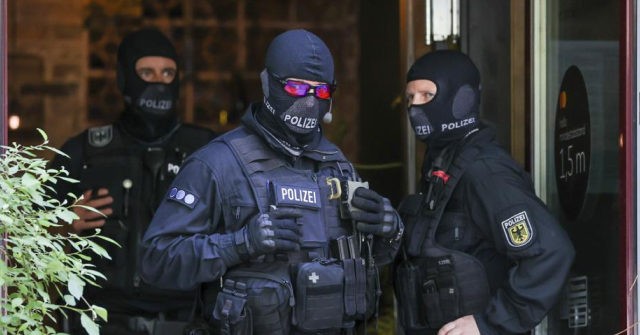 BERLIN (AP) – German police and customs officers conducted dozens of raids across the country Wednesday to crack down on the alleged human trafficking of temporary workers from outside the European Union.

Federal police in Berlin tweeted that the raids started at 7 a.m. local time (0800GMT). The police agency said officers searched homes and businesses, focusing on the German capital and surrounding Brandenburg state but also on premises in Bremen and Lower Saxony.

German news agency dpa reported that about 1,000 police officers were involved in the raids and investigating around 20 suspects for suspected involvement in allegedly forging EU citizenship documents and placing the workers with large logistics companies.

Police executed several arrest warrants and seized assets worth millions of euros (dollars) but no further details were given, dpa said. The names of the suspects and the companies were also not released in line with German privacy rules. The raids were coordinated and led by the general prosecutor’s office of Berlin.

The suspects allegedly operated a network of temporary employment agencies in the Balkans and in Germany, including dummy companies, according to federal police in Berlin.

Investigations are being conducted on suspected charges of trafficking foreigners, forgery of documents, organized illicit work and illegal employment.

Searches were carried out in 12 German states in all, including in the apartments of the suspects, in their businesses, at logistics centers and in the living quarters of the workers allegedly trafficked to Germany.

“It is incredibly perfidious to want to make money from people’s hardship, to shamelessly exploit their helplessness and desire for a better life,” Berlin’s police union said in a statement, according to dpa.