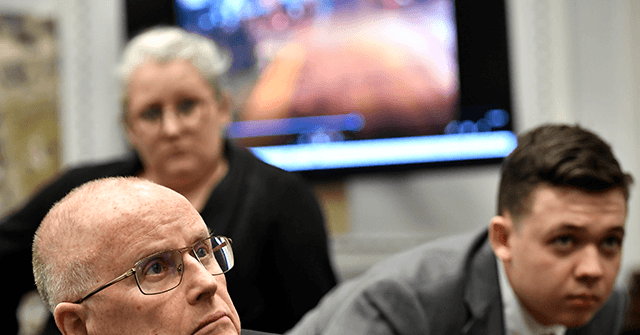 George Washington University’s Jonathan Turley believes testimony and Judge Bruce Schroeder’s observations in Kyle Rittenhouse’s trial have undercut the firearms charge and that said charge ought not be heard by the jury.

On November 12, 2021, Breitbart News noted that Schroeder expressed skepticism about the state gun law and said he would let the charge go to the jury, but would allow the defense to include an instruction that pointed out the exceptions in the law — a hurdle that would make it more difficult for the prosecution to prove guilt.

In covering the motions hearing last week in the trial of Kyle Rittenhouse, I noted a surprising comment from Judge Bruce Schroeder that he had “spent hours” with the Wisconsin gun law and could not state with certainty what it means in this case. The statement could effectively knock out the misdemeanor gun possession count — the one count that could still be in play for the jury after the prosecution’s case on the more serious offense appeared to collapse in court. A close examination of that provision reveals ample reason to question not just its meaning but its application to this case.

If Rittenhouse were convicted on that count, it could face a serious challenge on appeal. Indeed, it is curious is why Schroeder would even submit the count to the jury if it is uncontested that Rittenhouse was 17… https://t.co/rEHNq9EHS5

[Judge Schroeder] told the prosecutors “I have been wrestling with this statute with, I’d hate to count the hours I’ve put into it, I’m still trying to figure out what it says, what’s prohibited. I have a legal education.” He added that he failed to understand how an “ordinary citizen” could understand what is illegal.

Turley also pointed out the prosecution seemed to be “learning” about the gun law during Rittenhouse’s own testimony:

[Prosecutor Thomas Binger] pressed Rittenhouse on why he did not just purchase a handgun rather than an AR-15. Rittenhouse replied he could not possess a hand gun at his age. Binger then asked in apparent disbelief that the law allowed him to have an AR-15 but not a handgun and Rittenhouse said yes.  Binger then moved on after seemingly drawing out a point for the defense.

Turley ultimately suggested the firearms charge ought not go to the jury:

It is hard to understand how the count could be given to the jury without a clear understanding of what it means. It is also hard to instruct a jury on an ambiguous statute. Criminal laws are supposed to be interpreted narrowly. It is called the “rule of lenity” and has been around in the English system for centuries.

He believes the clearest part of the law is a ban on minors possessing short-barreled rifles. But Turley observed, “Rittenhouse used a Smith & Wesson MP-15 with an advertised barrel length of 16 inches and the overall length is 36.9 inches. That is not a short barrel.”

AWR Hawkins is an award-winning Second Amendment columnist for Breitbart News and the writer/curator of Down Range with AWR Hawkins, a weekly newsletter focused on all things Second Amendment, also for Breitbart News. He is the political analyst for Armed American Radio and a Turning Point USA Ambassador. Follow him on Instagram: @awr_hawkins. Reach him at awrhawkins@breitbart.com. You can sign up to get Down Range at breitbart.com/downrange.