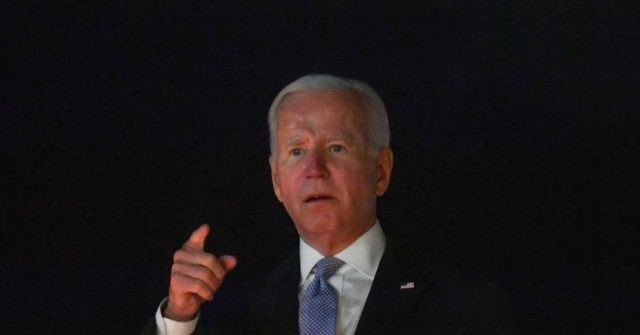 President Joe Biden has not held a formal press conference in 100 days as of Saturday, the Republican National Committee’s (RNC) research team discovered.

According to the RNC, Biden’s last press conference was held on July 15.

When the president has attended public White House events to make a speech without taking questions from the press, Biden has been 20 minutes late to the podium, Fox News reported.

On Wednesday, for example, Biden was nearly 38 minutes late to speak about the children who will not receive Christmas presents on time due to a supply chain shortage.

Instead of answering questions from the media without the White House filtering who can ask the president a question, Biden and his White House communications team agreed to participated in a CNN town hall with Anderson Cooper.

During the town hall, Biden had several awkward moments, which was pointed out by Breitbart News.

“What am I doing here?” Biden asked Cooper to help him remember the name of the port city.

At another point, Biden awkwardly kept his hands clenched and in the air, seeming confused what to do with them. Many on Twitter related to moment to a movie called Talladega Nights in which the lead actor says, “I’m not sure what to do with my hands.”

“I’m not sure what to do with my hands” — Ricky Bobby pic.twitter.com/vnqpI28i3M

Biden also hoarsely whispered to the audience about tax rates, making the “OK” symbol with his eye peeping though it. “Don’t pay a cent,” he whispered.

In another moment, Biden began rambling about children not being taught by parents because “they don’t talk a lot” to their children. Cooper interrupted Biden to refocus him to the questions of community colleges.